The Evolution of the Workplace

Making headlines isn’t abnormal if you’re Sir Richard Branson. The billionaire mogul has been in the news for all kinds of reasons, from entering the private space race, to being knighted by the Queen of England, to driving an amphibious car from England to France.

This week, Sir Branson made headlines for opining on workers’ hours and the current model of the work week. With futurists like Branson predicting the future of the workplace, we wanted to look at the history of organizational structure and management within organizations in the United States.

As the industrial revolution changed the way we do business, new jobs and working theories began to arise.

Work that once took days to complete could now be done in minutes, and entrepreneurs and employees had the freedom and time to create new processes and refine new approaches to business.

Frederick Taylor was one of the most famous names to contribute to the evolution of the workplace during this period.

Taylor noticed that employees lacked the tools, skills, and incentive to perform their tasks, and that when they were given incentive, skills, and tools, they were able to be considerably more productive.

In one instance, after creating custom tools and offering additional incentives, Taylor was able to quadruple the productivity of employees asked to shovel various materials.

To best categorize this era, we can summarize the prevailing thoughts by saying that management in this era was primarily task oriented, and focused on policies and procedures that made employees more productive in their tasks.

As time went on, technology contributed to workplace efficiency, and technical proficiency became a valued skill in employees. During this time, humanistic management became the prevailing approach to creating a productive workplace. The International Humanistic Management Association says:

“Humanistic management is a distinct perspective on management in which people matter. Ever heard of human resources, human capital, humans as most important assets?”

“All these terms denote people as a means to the end of some organizational purpose, say productivity or shareholder value.”

As a part of this effort, many employers adopted the philosophy that business decisions should be made by stakeholders, defined as a person or a group of people who might be affected by a business decision. This approach helped decentralize much of the decision-making power in an organization, and empower employees to have a voice in decisions or suggestions that might affect them.

Many organizations with HR departments have at least some elements of a humanistic approach to management. Most modern workplaces take responsibility for employee satisfaction, and offer at least some level of decision-making influence to individual contributors and other stakeholders.

Sir Richard Branson’s advocacy for a three day work week is not without merit or precedent.

Freedom and fun, Sir Branson argues, are the cornerstones of a successful venture. He writes in his blog:

“Through a number of flexible working initiatives – like working from home, unlimited leave, integrated technology, and well being in the workplace – we treat our employees like the capable adults they are.

This is one of the reasons why we attract such brilliant staff: it’s easier to attract top talent when you are open and flexible. It’s not effective or productive to force them to behave in a conventional way. There are commercial benefits to smart working too, including the potential reduction of real estate costs.”

Branson isn’t the only one arguing for these changes in the workplace.

Late July of this year, SHRM CEO Johnny C. Taylor testified in front of the House Committee on Education and the Workforce, advocating for H.R. 4219, a bill that would create a program that companies would opt into, which would increase paid leave, and flexible work arrangements including telecommuting and flex scheduling. There are plenty of good opinions which both oppose and endorse H.R. 4219.

With early adopters and influencers like Sir Branson and SHRM endorsing a changing workplace, we believe more organizations will continue to adopt more flexible workplace policies.

For more resources on modernizing your workplace, be sure to check out our free, on-demand webinar, “Create a Culture of Learning in the Modern Workplace.” 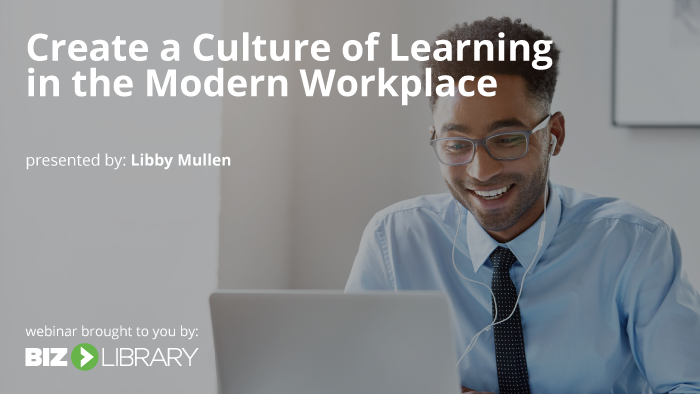 We hope you enjoy this 1-minute preview. To view the entire video lesson and thousands more like them, request a demo today!